👋🏻
This post was written by Juan Delgadillo, an international software engineer, mentor, and traveler with more than a decade of experience helping worldwide startups and companies to design, build and deploy their web and mobile applications with a strong emphasis on added value, user experience, and efficiency.

In this post, I explain one of the projects which I have been working on for a year and a half more or less, in the theoretical, conceptual, and research phases, and which experimental phase I've started a few weeks ago.

Some close people, family, and friends know a little bit more about what this project is about, but most of my friends, some relatives, and acquaintances don't know yet.

Mental computing is how I have decided to call this project whose main objective is to provide the medium to human beings by which they can communicate and control any smart device using their mind and thoughts through a brain-computer interface.

Currently, there are several devices that serve as a brain-computer interface that allow us to analyze the electrical activity of the brain while we think, process information, feel, among other things...

Mostly, those devices come with a set of programs that also help us handle this information directly and almost in real-time, these programs also allow us to connect a certain pattern of thought (or electrical brain activity) according to what we are thinking, to an action on the computer.

For example, once we have the device in place, let's say that we have decided to train the action to go forward, the program begins to record patterns and tendencies of whatever we are thinking at that moment, whether:

The program will always associate patterns and tendencies to actions on the computer.

The problem of the approach about associating actions with patterns and tendencies according to certain electrical brain activity is that we are not really understanding what it's being thought, but instead, we are just making a connection between pattern-action or trend-action.

For example, continuing with the training of the action to go forward, let's say that we started the training but instead of imagining an object moving forward, we start to think that we are eating ice cream...

In any case, the final result of the system will be to associate pattern-action without understanding or discerning if we were really thinking about the action being trained.

The approach that this project has is mainly based on understanding what is being thought, and then associating the meaning of thought with its corresponding action on the machine.

The previous examples would be the most basic actions that could be trained, but the possibilities of actions are unlimited from the point of view of human thoughts, and from the physical point of view they would be limited only by the virtual and physical capacities that machines can provide.

Each human brain has a unique signature, we can think that this brain signature is similar to some unique identification factors which we are already familiar with, those being:

Achieving a unified pattern that serves as a common point for the vast majority of people following the pattern-action approach followed by traditional brain-computer interface devices, is a great challenge because each brain has been wired (neuronally speaking) differently in each person.

Therefore the pattern-action trained for one person, will not work for another one since the electrical activity is different in each person for similar action.

Now, the question would be:

“How to solve the problem of the unified pattern in the brain/mind of human beings?”

Brain Unified Pattern BUP (for its acronym in English) is how I have decided to call the method which focuses on the shared pattern used by all brains (initially people's brains) while thinking and imagining.

By "initially people's brains", I mean that in its initial phase it will be oriented towards people but later on, it can also be expanded towards other entities within the animal kingdom.

One part of the experimental phase of this project is based on checking and validating through the scientific method, the set of hypotheses and theories upon which BUP is based.

One of these hypotheses is based on the idea that human beings share a common meaning, regardless of the native language being spoken, for example, the words:

To validate and verify the theories and hypotheses on which this project is based upon, a wide range of knowledge is required in different areas, and that is why I count on the help of physicians, physicists, and scientific friends.

Another thing to keep in mind is that this wide range of knowledge in different areas is in continuous development and research and that currently there are many questions, doubts, and unknowns that we have not yet been able to solve as species since the brain and mind belong to the most complex things in everything we know.

The fact that there are many uncertainties, questions, and doubts, is something that makes this project not only quite exciting but also creates space for a potential impact that this may have on the development and advancement of existing and future technologies that ultimately gets translated into benefits in people's daily lives.

This potential impact is one of the factors for which I have decided to work on this project and also because from a very young age and up to now, I have always loved things that go beyond everything anyone could have imagined, achieved, or done about what we currently have, are acquainted with, and know.

But instead, it is something that gives me the courage to do other things which make me happy, knowing that I am working on new paths of knowledge by which others can walk through and also knowing that I'll leave a legacy that others can continue.

Currently, the dedication from myself to this project is limited to 50% of my free time outside my work as a software engineer, however, I will be publishing updates in subsequent blog posts about the progress of hypotheses and experiments.

If you have questions, doubts, concerns or comments feel free to comment or let me know by some method of contact and as soon as possible and if possible I will respond. 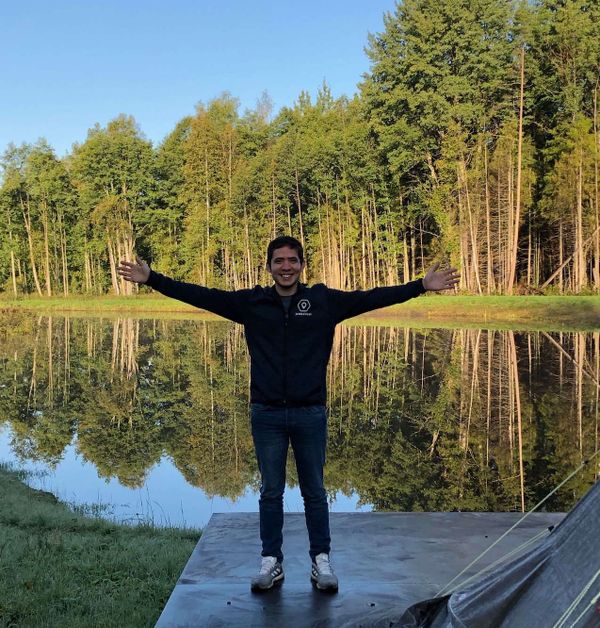 Hey heyyy there, nice to e-meet you 😉 ! I am Juan Delgadillo, but my friends often call me "Juanito", "Juancho", "Juansito" and even "Jhuan" (pronounced like the Chinese currency) from my non-Spanish speaking friends HAHAHA. Table of contents * It all starts from believing in yourself, your motivations, and your values * Daring

Last week, Neuralink gave a conference about the things they have been working on for the past 2 years, excellent news in general, here I tell you about what they said in summary...

In this post, I’ll explain to you how to integrate Google’s AutoDraw AI API with Angular through Canvas. AutoDraw is a Google’s AI experiment they launched a few weeks ago which allows you to draw or at least to doodle anything you’d like to draw